I have recently returned from a trip to the Coromandel, only a few hours’ drive from where I live, and an area well known for its large kingfish and snapper, a great place to kayak fish around as there is far less boat traffic than in Auckland.

After competing in the first round of the Orton Events NZ Kayak Fishing Series, the Coromandel Gold Strike, together with my new team mates (read our trip report here) I was lucky enough to stay another week in this beautiful part of the country. After the comp I had a bit of unfinished business with Mr. Kingfish who eluded me in the comp and that extra week was giving me plenty of time to get one back on these cunning fish…

After a couple of days of relaxation with (almost) no fishing a plan was hatched to have another crack at catching one of those big kingfish in Coromandel. Plan of attack for the day was to paddle out to a rock that is around 3km offshore and do some mechanical jigging to try and entice a bite from a kingfish. On arrival to the rock there was a lot of bait fish on the surface, generally a pretty good sign if you are looking for predators like kingfish. My Lowrance Elite-7 sounder was showing some very good arches underneath the bait fish but very far down in the water column, generally meaning the predatory fish were not actively feeding yet. The bite was very slow for the first couple of hours but this can be quite common when targeting fish like kingfish, persistence is definitely the key.

Finally persistence paid off, the kingfish were hungry and on the bite. Hooking these fish is one thing but landing them can be very challenging. Kingfish are very dirty fighters, once you put pressure on them they will run for the nearest obstacle, whether this is a reef, rock or weed line; they will do their best to bust you off. 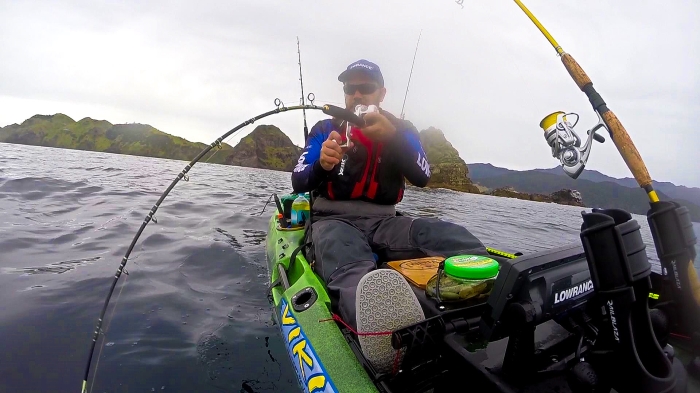 The first fish was just not hooked properly and was dropped after a few minutes of the fight. The next fish took me on a sleigh ride I will never forget. I was hooked up to this fish for around 9 minutes and the fish was taking some good powerful runs. After 4-5 minutes I was still a safe distance away from the rock so I started to apply some pressure to the fish. The fish did not like this, and started doing some big powerful runs, unfortunately for me, in the direction of the rock. I was now on a collision course with the rocks, my reaction was to apply more pressure to the fish and in return the fish run even harder and not long after busted me off over the reef. Lucky it busted me off when it did as I was about 3 metres away from hitting the rocks, these are some powerful fish! 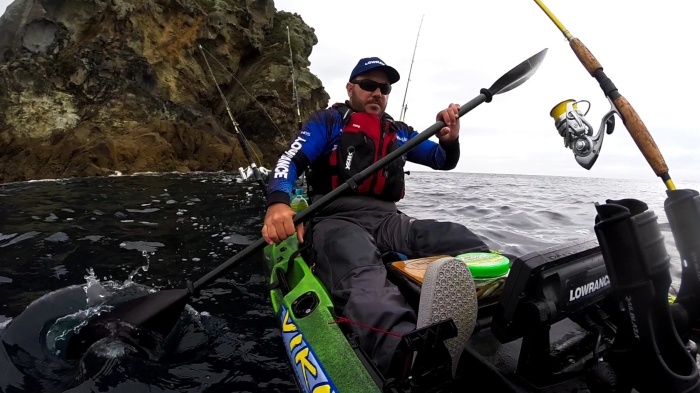 Not being one to give up easily, I found the school again and in no time at all I was on another sleigh ride. This was another good fish, the problem was again, I was on a collision course with my favourite rock and I got busted off again!

The ego was feeling pretty bruised at this stage as it was 3 points to zero, in the fishes favour. If I was going to land one of these cunning fish, I had to come up with a new plan of attack as brute force did not seem to be helping my situation when close to the reef. I did recall some pointers I was given by some very experienced kayak fishos just after the comp on how to deal with big fish around reefs/rocks which I had totally forgotten about in the heat of the battle with the kingfish.

I started jigging through a school of baitfish on the surface as I could not find the school of kingfish, first drop I was hooked up, again another solid fish. Call it a bad case of déjà vu but I was once again on a collision course with the rock. This time I backed the drag on the reel right off, put the rod in the rod holder and paddled away from the reef. Once I was a safe distance away I eased the drag on bit by bit, but at the same time not putting too much pressure on the fish. Funnily enough the fish started to head away from the reef, after a few minutes he was far enough from the reef for me to start applying pressure and after 15 minutes of fight, YES!, a 14kg kingfish. 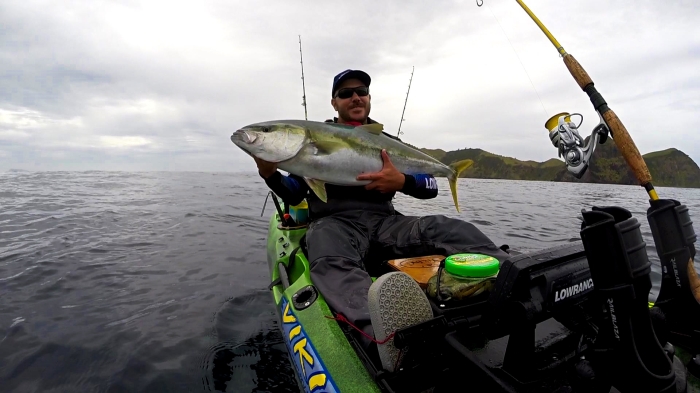 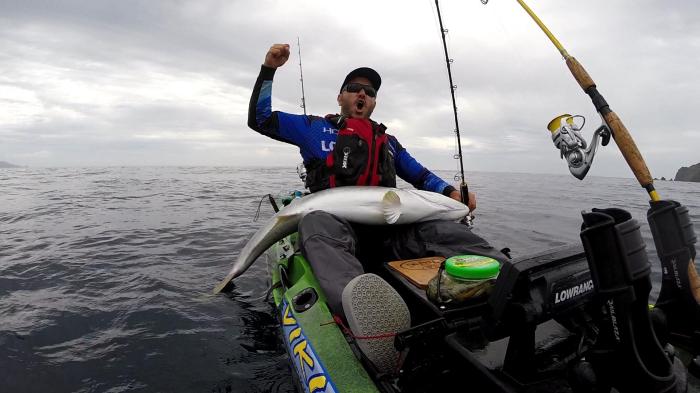 My pride was restored and a few lessons learned…

Watch the video action of the day… 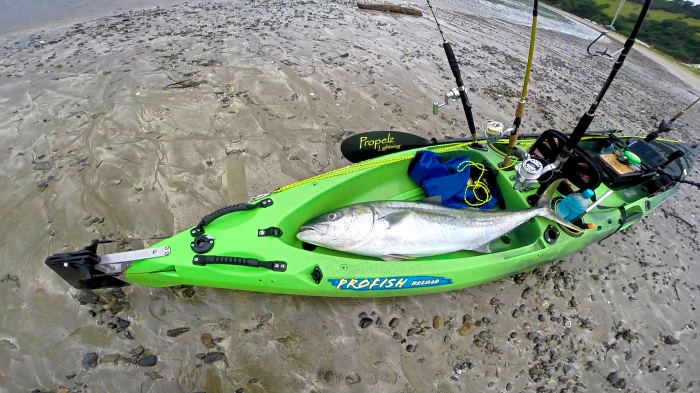